First off, forgive the pause in postings. It wasn’t an oversight. We’ve been asked to keep a low profile while people are working behind the scenes. But we’re now officially back!

The other day I witnessed someone bust their lip open. The amount of blood was unbelievable and it trailed him as he ran.

It brought this case to mind, and for obvious reasons… How does one bludgeon a person to death and not get a drop of blood on themselves or the floor? Why, a magic T-shirt of course!

But don’t take my word for it. See for it for yourself. In closing arguments, the prosecutor (Kenny Elser) throws in a bit of new evidence that wasn’t discussed at all during the trial. He reasons to the jury that because there was no blood found on ANY of her clothing she wore a t-shirt while committing the crime. But this was no ordinary shirt. This magic shirt was capable of absorbing all of the blood as to not get it on her person or leave a single drop as Belynda scurried about to supposedly clean up a crime scene.

If that’s not magic I don’t know what is. 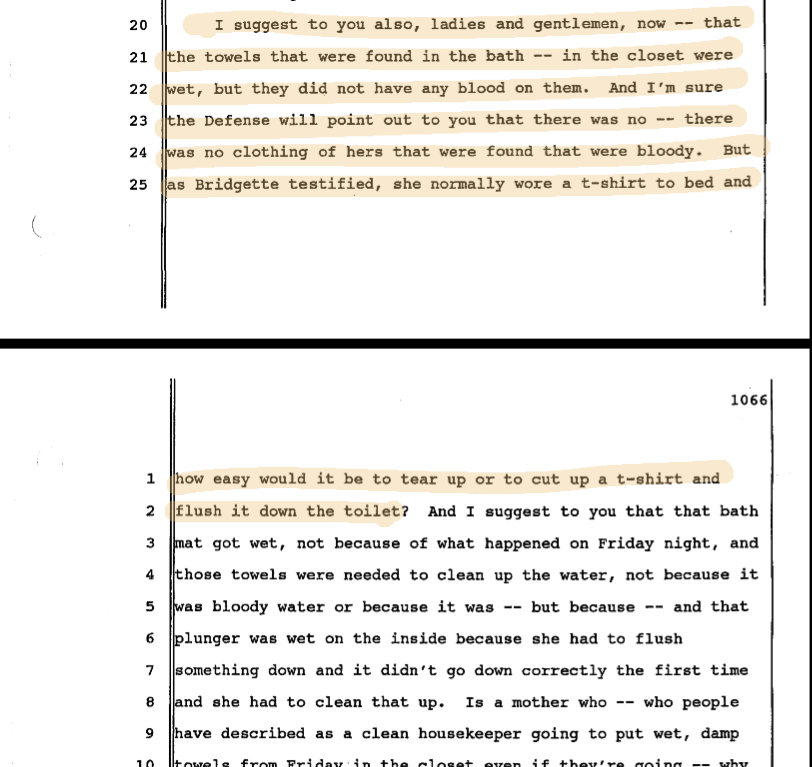 Yes… How easy would it be to absorb an astronomical amount of blood with a t-shirt and tear it into tiny pieces with your fingers (of course no scissors or any other cutting/shredding device was found) and not get any blood on anything including yourself? Hmm… My guess is not easy at all. In fact, I’d say impossible but just to be sure, did they test the plunger to see if it had blood on it? NO…

But let us talk about the bathmat for a minute that the prosecutor mentions. It was there in the courtroom as an exhibit. Wow… How is it possible that after she cleaned up she placed the bathmat outside when they are so certain that Stephen Goff’s body was blocking the door?

Are you starting to see the red flags yet?

One thought on “Magic T-Shirt”